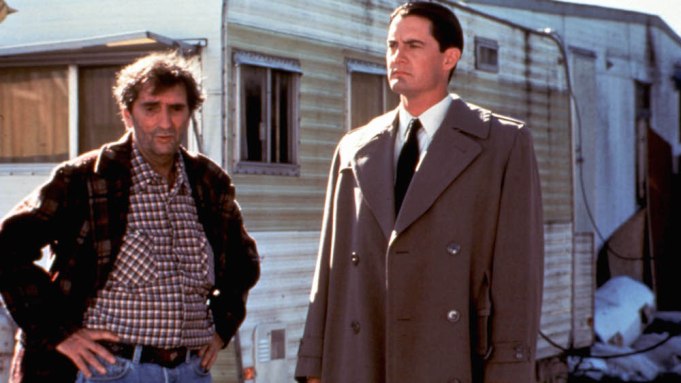 With only 10 days to go until the highly anticipated “Twin Peaks” revival, Showtime has released another teaser trailer that reveals some new and familiar faces to be seen in the 18-part comeback.

Although major plot points still remain largely under wraps, the trailer does provide some clues for who and what is to come. From this clip, we can see Deputy Andy Brennan (Harry Goaz) and receptionist Lucy Moran (Kimmy Robertson) have retained their positions at the Twin Peaks Sheriff’s Department. Also making an appearance in the teaser are Agent Albert Rosenfield, played by the late Miguel Ferrer, and Agent Gordon Cole, played by series creator David Lynch.

Series co-creators Lynch and Mark Frost co-wrote each episode of the revival, and Lynch directed all 18 of its episodes. The story picks up 25 years after the events in the original series, which ended in 1991 on a cliffhanger when ABC canceled the cult favorite after just 30 episodes across two seasons.

As previously reported, a staggering 217 new cast members will join the 2017 reboot, including Laura Dern, Naomi Watts, and Michael Cera.

“Twin Peaks: The Return” premieres Sunday, May 21 at 9/8c on Showtime.

Check out the “Twin Peaks” trailer here or above.