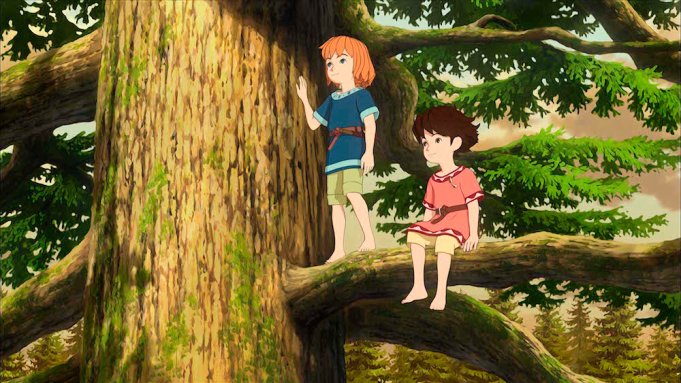 In today’s TV News Roundup, premiere dates for “Ronja, the Robber’s Daughter” and more, plus a new exec comes to TBS and TNT.

Amazon’s Gillian Anderson-narrated “Ronja, the Robber’s Daughter” has received a trailer in advance of its premiere on Jan. 27. Presented by Studio Ghibli, the 26-part animated series tells the story of 10-year old Ronja who discovers that the forest is neither good or bad, but a beautiful and frightening place inhabited by strange creatures. Watch the trailer above or on YouTube.

Epix‘s documentary “Election Day: Lens Across America” will premiere on Jan. 17 at 8/7c. From Blumhouse Television and directors Emma Tammi and Henry Jacobson, the documentary tells the stories of seven different photographers from a variety of locations covering this past year’s election day.

A third season of “Vanity Fair Confidential” from Truly Original and Condé Nast Entertainment will bow on Investigation Discovery Jan. 23 at 9/8c. The 12-part season continues the inside look at some of century’s most infamous true crimes of the rich and powerful as told by Vanity Fair and its very writers and editors who worked closest to the cases.

History‘s new unscripted series “Detroit Steel” will premiere on Jan. 28 at 10/9c. The eight-episode series follows Adam Genei and his team at customization shop Mobsteel as they give the vintage cars a modern revamping in a celebration of the Motor City’s automotive legacy. “Detroit Steel” is produced by Hoff Productions for History.