The Pfeffermans Head to Israel in ‘Transparent’ Season 4 Trailer 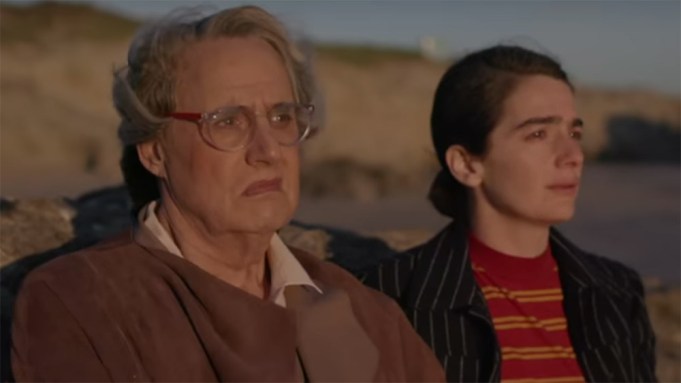 The upcoming season of Amazon’s “Transparent,” begins with the Pfeffermans taking a spiritual and political journey to the Holy Land.

The newly released Season 4 trailer shows the family heading to Israel as they dig deeper into their family’s history. In the clip, Jeffrey Tambor’s character Maura speaks at a conference and makes a startling discovery. The reveal prompts the rest of her family to join her, where they embark on many quintessential Israeli experiences, including visits to the Western Wall, Dead Sea, and camel rides through the desert.

Amazon released the trailer two days after President Donald Trump announced his plans to roll back policies allowing transgender men and women to serve in the military. In an interview Tuesday with Variety, Light, who plays the ex-wife of Tambor’s transgender character on the show, called the ban “upsetting.”

“Any time there is discrimination poised directly at another group of people, and in particular in this case at the transgender community, it is very, very disturbing. And I think unnecessary. If there are these grand and glorious and brave and courageous people that want to go into the military, that is their choice and we make that available to them. They are great soldiers. All of our soldiers,” she said.

Season 4 streams Sept. 22 on Amazon. Watch the full trailer here or above.