Tomi Lahren Speaks Out After Suspension From The Blaze: ‘I Was Flabbergasted’ 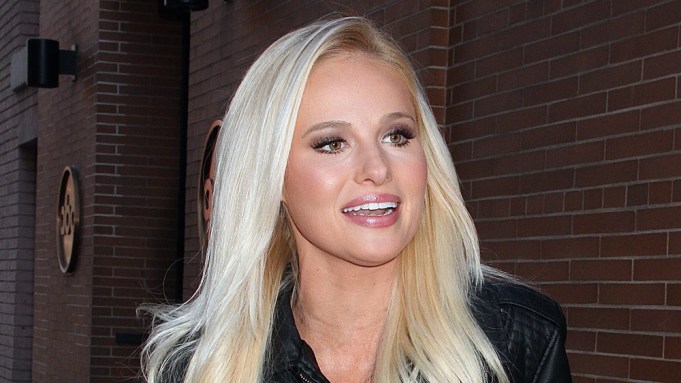 Lahren, who has garnered a large online following for her unapologetic attitude on her show, “Tomi,” filed a wrongful termination lawsuit in Texas on Friday, claiming she was suspended from her program after publicly revealing that she was in favor of abortion rights.

During an interview on ABC’s “The View” last month, the 24-year-old annouced that she was pro-choice. “I’m pro-choice, and here’s why: I can’t sit here and be a hypocrite and say I’m for a limited government, but I think that the government should decide what women do with their bodies,” she said. Lahren later added, “stay out of my guns and you can stay out of my body as well.”

Her comments elicited a social media firestorm, and when she returned home from Dallas, she said the other shoe dropped.

“I was getting ready to go in and do my show, and I got a phone call saying that the show was not on, ‘have been suspended for a week, perhaps longer’ — I was flabbergasted,” she told ABC News’ “Nightline” on Wednesday.

Lahren says that she was retaliating against Beck not because of politics, but because she believed he was censoring her.

“This was not about politics,” Lahren said. “This was about someone who had an opposing viewpoint that has been silenced and sidelined and thrown away.”

Lahren is also requesting for the immediate return of her social media accounts, which are currently operated by The Blaze.

In her lawsuit against The Blaze, Lahren says that “expressing her First Amendment rights and her personal opinions about a woman’s right to choose is not grounds for termination.” Lahren says that Beck “embarked on a public smear campaign” that attempted “to embarrass, humiliate, and undermine.” The Blaze denied the claims, saying in a statement that “it is puzzling that an employee who remains under contract (and is still being paid) has sued us for being fired, especially when we continue to comply fully with the terms of our agreement with her.”