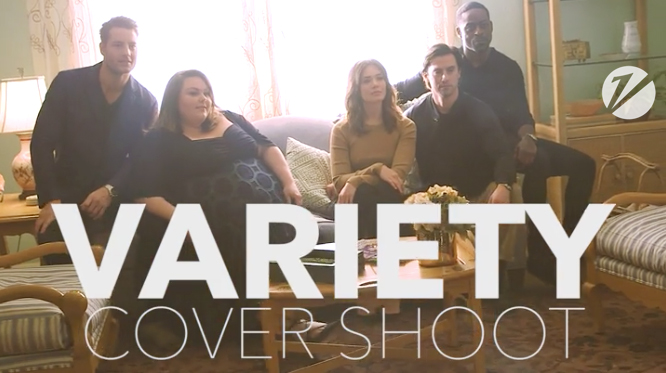 It’s been six months since “This Is Us” first premiered, and the cast says their lives have been profoundly impacted by the show’s success.

During the cover shoot for Variety, the stars shared some of their most meaningful experiences:

Milo Ventimiglia (Jack) says he’s slept less. “I like to study a lot,” he says. “I want to get (the show) right. I also feel a duty to get it right.”

Mandy Moore (Rebecca) agrees that’s what shifted for her as well since the show has launched. “Having a purpose to come to work every day, being a part of something so unique and special that we all get to share together,” she says. “I still am in awe every day that this has happened.”

Justin Hartley (Kevin) says a lot of women have come up and thanked him for making them cry. “That’s not typically what women do,” he says with a laugh.

Sterling K. Brown (Randall) recounts a incident when he was shooting a scene, and a man came up to him and said, “You saved my brother’s life.” “We hugged it out,” recalls Brown, “and he went about his business. It’s having a profound effect on people.”

Chrissy Metz (Kate) says she’s had really emotional encounters with fans as well, including one with a woman who said she’s never really spoken with her child about being overweight. “She said this is actually bridging the gap, and that I finally understand her,” says Metz.