‘This Is Us’ Cast: Can Miguel Be Redeemed? (Watch) 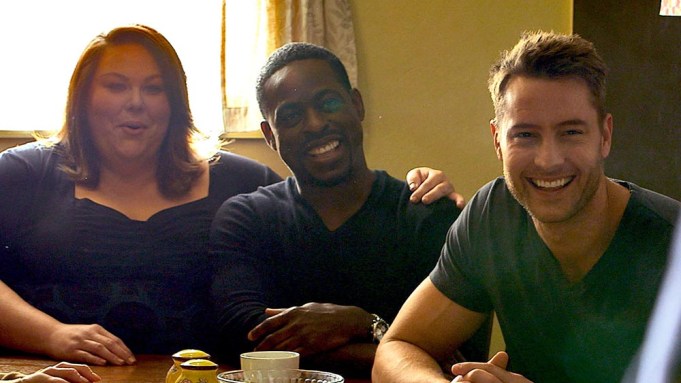 Fans of “This Is Us” have been reeling from the revelation that Jack (Milo Ventimiglia) passed away, so it’s natural that they’ve found it hard to accept that Rebecca (Mandy Moore) got remarried — and that her second husband is Jack’s best friend, Miguel (Jon Huertas). Miguel has struggled to win favor not only among the family, but among viewers as well.

“Miguel, I think, is starting the long, slow path to redemption,” creator and showrunner Dan Fogelman tells Variety. “The biggest magic trick we can ever pull off as writers is getting viewers invested in that Rebecca/Miguel relationship. I think if we can ever get people to a degree rooting for that, that will be a magic trick for this show. He’s such a good guy and such a wonderful actor.”

During our cover shoot, Variety asked the cast to weigh in on their thoughts about whether Miguel can be redeemed:

“I think people will start to turn a corner on Miguel,” says Moore. “It may not be a full on shift into acceptance with him…

“…but your heart beats for him,” continues Ventimiglia.

“I think it will be season two, or maybe season three,” says Moore.

“And nothing happened while Jack was alive!” adds Moore.

“I think anyone can be redeemed,” agrees Chrissy Metz (Kate).

“I will oftentimes tease Jon and Mandy on set, when people find out the history of how you guys got together, that’s got to be gold,” says Sterling K. Brown (Randall).

“It’s got to be perfect. Because if it doesn’t, if it looks like anybody was doing Gertrude and Claudius [from “Hamlet”]… Huertas will never come back from that. But I think there’s potential and hope for people to be like, Miguel’s not so bad.”