Watch the First Trailer for Amazon’s ‘The Tick’ Reboot 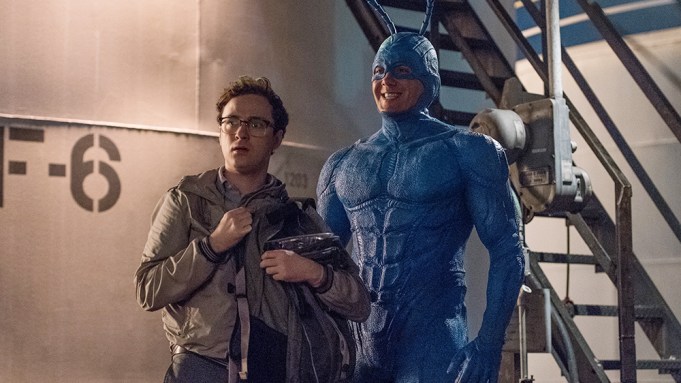 Amazon Prime Video released a first look at its superhero live-action comedy series “The Tick.” Part one of the first season will be available on Friday, Aug. 25.

The trailer promises “an epic tale ripe with destiny, adventure, blood loss, and good against evil,” as the new Amazon original centers on Arthur Everest, an underdog accountant with zero powers. Upon learning his city is owned by a long-thought dead global super villain, he falls in league with a blue superhero, The Tick.

Edlund created the fictional superhero for a newsletter mascot as a spoof of American comic book superheros in 1986. “The Tick” was previously adapted as an animated series in 1994, and then as a live-action sitcom starring Patrick Warburton in 2001.

“The Tick” is executive produced by Edlund (“Supernatural”), Barry Josephson (“Bones”) and Barry Sonnenfeld (Lemony Snicket’s “A Series of Unfortunate Events”), directed by Wally Pfister (The Dark Knight), and written by Edlund. The show is a co-production with Sony Pictures Television.

Part 2 of “The Tick” will stream in early 2018.  Amazon released photos from the revival series last August.

Watch a first look here or above.