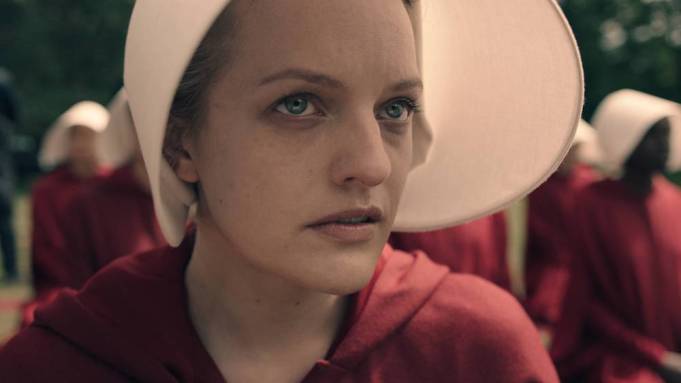 Imagine if all the fertile women in the world were rounded up and enslaved by an extreme regime that takes away their rights and their families.

According to the stars and creators of Hulu’s upcoming drama “The Handmaid’s Tale,” based on Margaret Atwood’s novel of the same name, that horrible reality “seems far away, but it also seems like it could be so close.”

“It’s really a dystopian world where an extreme regime rises up and says we have a better way,” explains executive producer Warren Littlefield in an exclusive new featurette for the show.

Turns out that better way is to snatch fertile women away from their friends and families and forbid them from even speaking about their previous lives.

In one scene from the new trailer, we see the captured women being lectured on how the world has become so filled with chemical pollution and radiation, that God has “whipped up a special plague, the plague of infertility.”

The show stars “Mad Men” and “The West Wing” alum Elisabeth Moss as Offred, one of the child-bearing slaves, and Joseph Fiennes as Commander Fred Waterford who is in charge of the camp in which Offred is interned.

In the trailer, Commander Waterford tries to justify the new regime’s choices, saying the Republic of Gilead only wants to make the world “better,” however, Offred appears far from happy with his explanation, even if “better never means better for everyone,” as the commander explains.

“It is unquestionably a dark world, but it’s not a dark show,” says executive producer and creator Bruce Miller. “The show is about perspective and not losing the hope of getting your life back.”

To get her life back, Offred has to fight to stay hopeful in the face of oppressive slavery.

“Here’s this character stripped of everything, of her rights, of her family, of her friends, and she still can’t quite give up,” Moss says.

“The Handmaid’s Tale” premieres on Hulu on April 26.