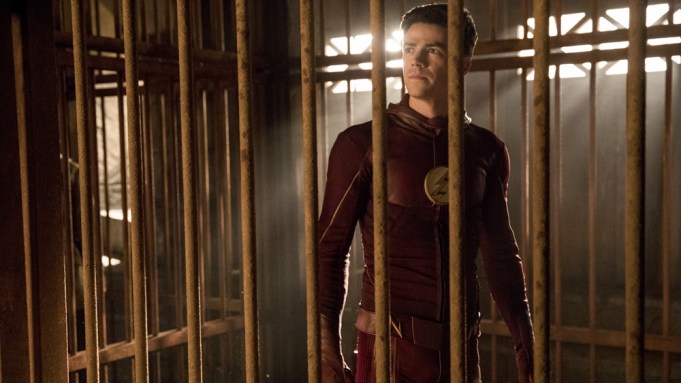 Eventually, they learn that Grodd (David Sobolov) lured them to the city to help him stop its leader, Solovar (Keith David), who has plans to invade Earth-1. In an exclusive clip of Tuesday night’s episode, it seems their plan doesn’t go off without a hitch.

In the clip, the team has been put in cages and are confronted by Grodd and Solovar.

“Why are you here?,” Solovar asks. “To study us like animals? Make us your pets?”

Despite Flash’s insistence that they accidentally wandered into the city, Solovar isn’t convinced. He psychically takes control of Cisco and challenges the Flash through him.

“My brethren have seen you; your fate is sealed,” he informs them. “You will all die by my hand in the arena so that all will know that Solovar’s justice is wise and swift.”

The first part of “The Flash” Gorilla City storyline, called “Attack on Gorilla City,” airs Tuesday at 8 p.m. on the CW.