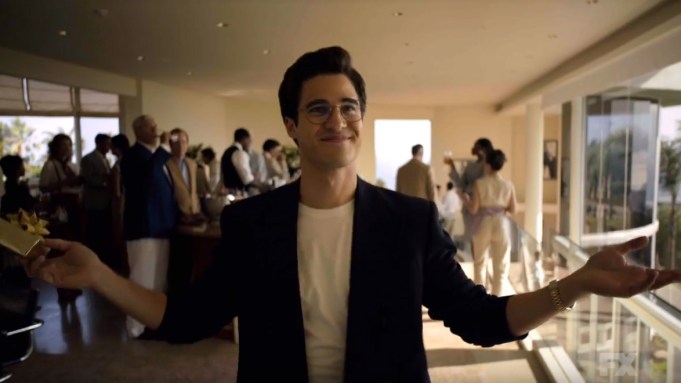 FX has released the trailer for “The Assassination of Gianni Versace: American Crime Story,” which gives fans a glimpse of Penelope Cruz and Edgar Ramirez as Donatella and Gianni Versace.

Season 2 of the anthology series from Ryan Murphy will explore the murder of Versace by spree killer Andrew Cunanan, who killed four people before Versace, and committed suicide eight days after Versace’s death.

Based on the book by Maureen Orth, the series stars Darren Criss as Cunanan, with Ricky Martin as Gianni Versace’s partner Antonio D’Amico.

The trailer shows some of the events leading up to Versace’s death, including the murder of Lee Miglin in Chicago and the arrival of Cunanan in Los Angeles.

“This world is wasted on me,” Cunanan narrates. “Yet this world also made you, Versace, into a star. You’re not better than me; we’re the same. The only difference is that you got lucky.”

Series creators Scott Alexander and Larry Karaszewski will not be returning for the second season. Murphy, Nina Jacobson, Brad Simpson, Brad Falchuk are executive producers on this season, which was written by Tom Rob Smith.

The second season premieres Jan. 17 on FX. Watch the full trailer above.