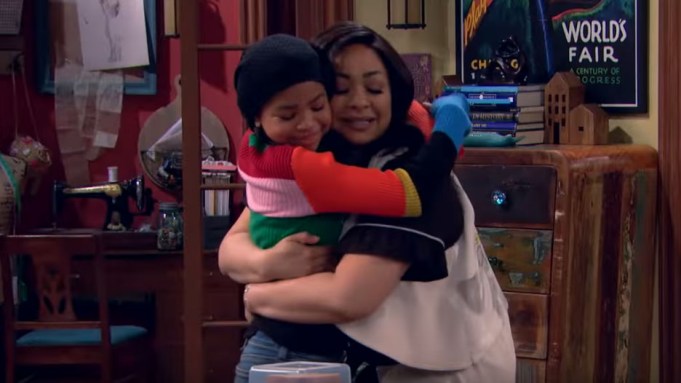 Raven-Symoné is back — and it’s the future her son can see?

In the new trailer for the Disney Channel spinoff “Raven’s Home,” life in the hectic household gets even wackier when Raven’s son starts to inherit his mom’s psychic tendencies.

Symoné and Anneliese van der Pol are now mothers as they reprise their role as best friends Raven Baxter and Chelsea Daniels. The dynamic duo is up to their same crazy antics, but this time, they are living under the same roof raising families of their own.

While Booker is still coming to terms with is psychic tendencies, his mom, a vision veteran, remains unfazed with her son’s ability. As he comes to tell her about a vision he had, she quips back, “It’s not always about you, Booker.”

Still, family is just as important in the Baxter household, and according to Booker, they’ve got heart — and a whole bunch else.

Symoné will join longtime writer-producer partners Scott Thomas and Jed Elinoff as executive producers on the series. “That’s So Raven” originally aired four seasons and 100 episodes between 2003 and 2007.

Watch the full trailer here or above.