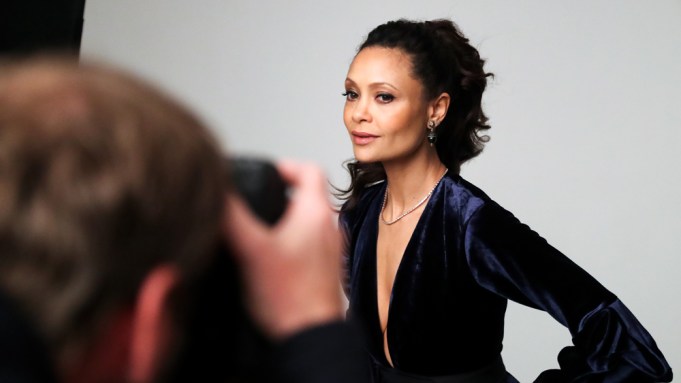 “Westworld” star Thandie Newton compared shooting nude scenes on the HBO show to having a fourth baby, while talking with Oprah Winfrey during Variety‘s “Actors on Actors” series.

Newton, who plays android host Maeve Millay, had given birth to her third child just five months ago when she began filming the show, and she said the impact of the moment was less about looking a certain way and more about having the courage to do it. She said she felt more in control while playing the role than she ever had before.

“It felt like having that fourth baby because it was a moment of such intense self-affirmation, not for me Thandie, but female power,” she said. “I hadn’t felt like that before. And it’s ironic that I was standing there stark naked for a lot of it because I felt more in control than I’ve ever done because I said yes to this.”

She continued that she felt very attached to the show because it “had secrets for how we need to survive as a humanity, which is to fight for the truth.”

Newton also said the cast and crew were very supportive of her while filming the nude scenes, and she half-expected everyone else to strip down in solidarity.

“The showrunner and the director had the crew in such a state of respect and compassion — everyone was so there for me,” she said. “Every time the camera stopped rolling, he’d say, ‘Stop, stop, stop, let’s get Thandie a robe.'”