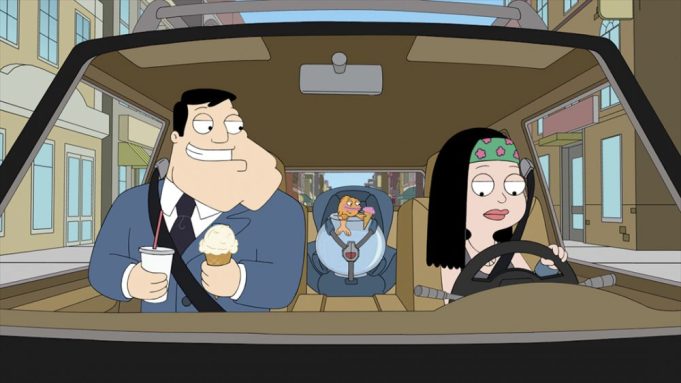 TBS fans are about to be bombarded with an array of animated original series, Variety has confirmed at Comic-Con.

The TBS animation panel at the San Diego convention released four never-before-seen clips of their upcoming series — “Close Enough,” “Final Space,” and “Tarantula” — as well as a look into the next season of “American Dad!” exclusively to Variety on Thursday evening. The panel was moderated by “People of Earth” star Brian Huskey and featured TBS’ Matt Weitzman, Carson Mell, Olan Rogers, David Sacks, and J.G. Quintel.

Weitzman, the co-creator and executive producer of “American Dad!,” showcased a sneak peek into the Smith world as Stan attempts to help his daughter, Hayley, who intends to never show her face again. Unfortunately, Stan’s solution is to simply drug his daughter and reconstruct her face with his own (lack of) expertise. The new episodes premiere Monday, July 24 at 10 p.m. ET on TBS. See clip above.

Mell, of the new series “Tarantula,” also released a sneak peek into the unconventional residents of the Tierra Chula Resident Hotel. In this clip, our two featured characters start hallucinating while carrying a giant mushroom across a mountain terrain. See clip below.

Rogers is the creator and an executive producer of upcoming series “Final Space.” Sacks is also an executive producer. The pair also released a short clip following the chronicles of spaceman traveler Gary and his adorable, planet-destroying friend Mooncake as they explore the galaxy. See clip below.

The final series that TBS will soon be presenting is by J.G. Quintel, the creator of Emmy-winning animated series “Regular Show.” “Close Enough” shares resemblance to the style of the former Cartoon Network series, but takes a more adult approach as two young parents attempt to raise a daughter, all while raising hell at the same time. See clip below.

TBS’ new slate of original, animated comedies is expected to debut in the 2017-18 season.