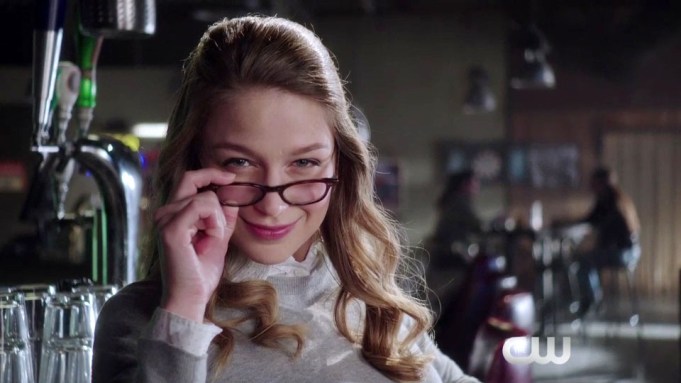 A new “Wonder Woman” promo paralleling the boots theme aired following Monday night’s season finale of “Supergirl.” The short clip, set to a version of “These Boots are Made for Walking,” features “Supergirl” stars Melissa Benoist and Chyler Leigh, along with recurring guest stars Lynda Carter and Teri Hatcher.

The D.C. heroines, all donning extravagant boots, unexpectedly meet up in National City’s alien bar. Kara’s boots in particular, were lent to her by a fellow D.C. leading lady and “Wonder-ous” friend.

Lynda, of course, played Wonder Woman on the small screen from 1975 to 1979. She currently plays the President on “Supergirl.” During the ’90s, Hatcher played Lois Lane on “Lois & Clark: The New Adventures of Superman” and currently plays Rhea on The CW show.

It is the first standalone film for the heroine, who appeared in “Batman vs. Superman: Dawn of Justice.” Wonder Woman will also be part of the ensemble cast in November’s highly anticipated “Justice League.”