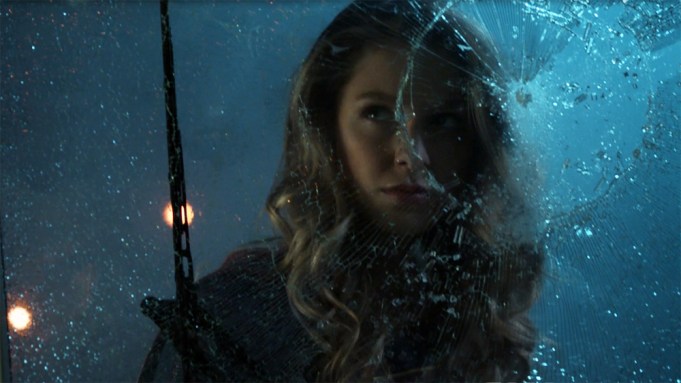 In this week’s episode of “Supergirl” — titled “Damage” — Morgan Edge (Adrian Pasdar) returns to cause problems for Lena (Katie McGrath) and Kara (Melissa Benoist) while Alex (Chyler Leigh) continues to deal with her and Maggie’s (Floriana Lima) relationship.

In an exclusive clip from the episode, Kara and Alex try to distract themselves from their problems by stopping a bus hijacking.

The clips opens with a convict forcing a corrections officer at knife point to drive himself and the rest of a bus of criminals. Shortly after running a red light, the bus slams to a halt thanks to Supergirl. She enters the bus and the convict with the knife pulls the driver to him.

“You come closer, your eyes glow, you even flinch, and I open up his throat,” he says.

At that, Alex enters from the back of the bus and proceeds to take down four criminals — clearly laying the beatdown on them as an outlet for the situation unfolding between her and Maggie — while Supergirl sits back and watches.

“Anyone else?” Supergirl asks to the remaining criminals still sitting on the bus. The group shares concerned looks and keep to themselves.