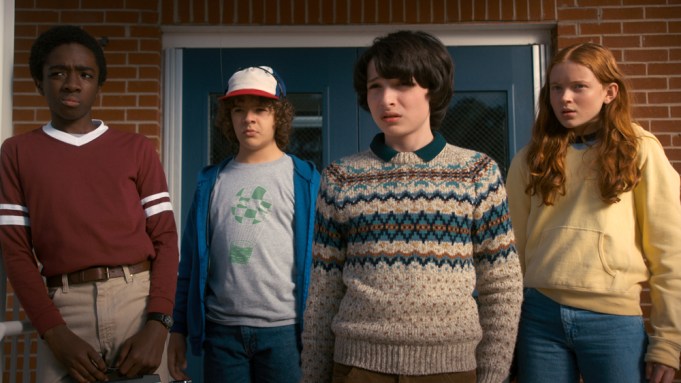 Add “Stranger Things” to the list of series discussed in its own aftershow.

Ahead of the surprise hit’s Season 2 premiere, Netflix announced that “Beyond Stranger Things,” an aftershow examining all things Hawkins, Ind., will launch on the streaming platform. Comedian and filmmaker Jim Rash will host the aftershow that “tackles inspiration for the series, behind-the-scenes stories, and analyzes every aspect of the second season – answering all the burning questions,” Netflix said in its announcement.

In getting an aftershow, “Stranger Things” joins the ranks of “The Walking Dead” and “Better Call Saul,” which have “The Talking Dead” and “Talking Saul,” respectively. “Teen Wolf,” “Orphan Black,” “Mr. Robot,” and “Game of Thrones” (though “After the Thrones” lasted only one season on HBO) have also received the aftershow treatment in the past.

“Stranger Things” Season 2 hits Netflix on Oct. 27. In her review for Variety, chief TV critic Maureen Ryan said, “the show’s core cast remains an extremely versatile and effective ensemble, and once the story kicks into a higher gear about halfway through the nine-episode season, a lot of the old magic returns.”