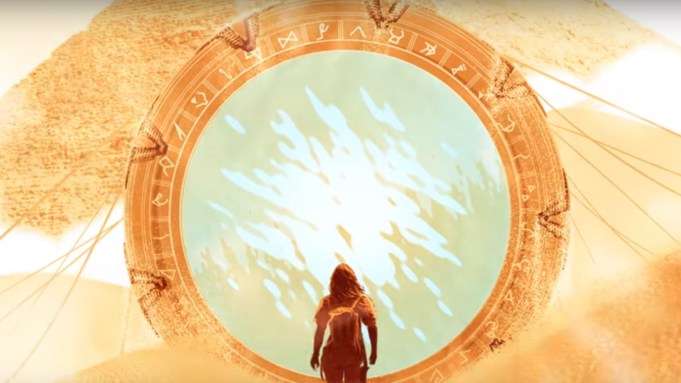 A new “Stargate” series is being cooked up — one that will anchor a new streaming service devoted to the sci-fi franchise.

The 10-episode series “Stargate Origins” will tell the story of Catherine Langford, a character who occasionally appeared in previous “Stargate” TV shows. The show will be available via MGM’s new streaming service, titled Stargate Command, which will be available this fall.

Mark Ilvedson and Justin Michael Terry will write “Stargate Origins,” which will revolve around Langford, daughter of archaeologist Paul Langford, who discovered the ancient, round Stargate. Crews of explorers later used that Stargate to explore dozens of worlds in many galaxies. These teams faced down numerous foes, including the wily and tenacious Goa’uld and the destructive Replicators. In the show, Catherine will go on an adventure in order to save the Earth from terrifying darkness. The online series will be directed by Mercedes Bryce Morgan.

“We’ve been eager to revisit the ‘Stargate’ franchise, and create an all-new story that honors the founding mythos and gives loyal fans more mystery and adventure,” said Kevin Conroy, president of digital and new platforms at MGM. “We view ‘Stargate Origins’ as a thank you to fans who have been keeping the spirit of the franchise alive for nearly 25 years. With the increasing popularity of digitally native content that can be streamed to any device, MGM is committed to the production of premium linear mid-form content and are proud to launch with ‘Stargate Origins.’”

Stargate Command will have both free and paid elements, and MGM is expected to release more info about the platform in the coming weeks. The service will give fans access to the most comprehensive collection of content related to the franchise that has ever been offered, as well as community hubs and behind-the-scenes content related to “Origins.” No word yet on what film and TV content from the “Stargate” franchise will be available on Stargate Command. During the heyday of “Stargate” on TV, the TV franchise racked up 380 episodes during across almost 20 seasons of TV with shows including “Stargate SG-1,” “Stargate Atlantis,” and “Stargate Universe.”

“We saw a need for a definitive hub for the ‘Stargate’ fanbase to continue to enjoy news and content, both old and new,” commented Chris Ottinger, president of worldwide television distribution and acquisitions at MGM. “Stargate Command will open a new door for the community to celebrate and interact with all content in a way that has never been done before.”

“We couldn’t be more excited about our partnership with MGM and their trust in us as a leading digital-first studio to deliver the next compelling chapter of this fantastic ‘Stargate’ franchise,” added New Form COO JC Cangilla.

The news was announced at San Diego Comic-Con on Thursday, as fans celebrated the 20th anniversary of the debut of the TV series “Stargate SG-1.”