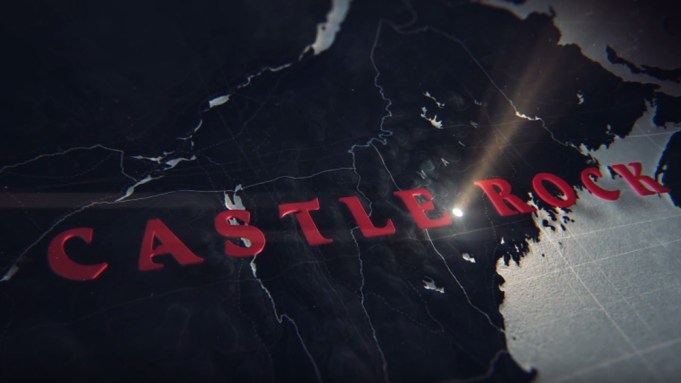 Set in King’s universe and feeding from many of his works, the psychological horror show focuses on the happenings of the eponymous town, an integral city in the topography of King’s imagining of Maine.

The trailer reveals little about the plot line of the upcoming Hulu series, but does offer glimpses into what elements of King’s stories fans can expect to see. A car with a “Shawshank Department of Corrections” sticker on the back bumper is seen sliding under water, and Bill Skarsgård — who played Pennywise the Clown in summer blockbuster “It” — makes an appearance behind bars.

André Holland, who will play Henry Deaver, is seen looking around a town, while Melanie Lynskey, who takes on Molly Strand, sits in a car wearing dark glasses. Sissy Spacek, who played Carrie in the 1976 adaptation of King’s novel and plays Ruth Deaver in “Castle Rock,” is also visible, holding a black umbrella and looking up at the sky, and in another scene, gesturing angrily while grasping a knife.

Various other foreboding images cut across the screen until a voice whispers, “You have no idea what’s happening here, do you?”