Continue to Variety SKIP AD
You will be redirected back to your article in seconds
Sep 12, 2017 12:34pm PT

Sinead O’Connor on ‘Dr. Phil’: ‘I’m Very Excited to Be Getting Some Proper Help’ 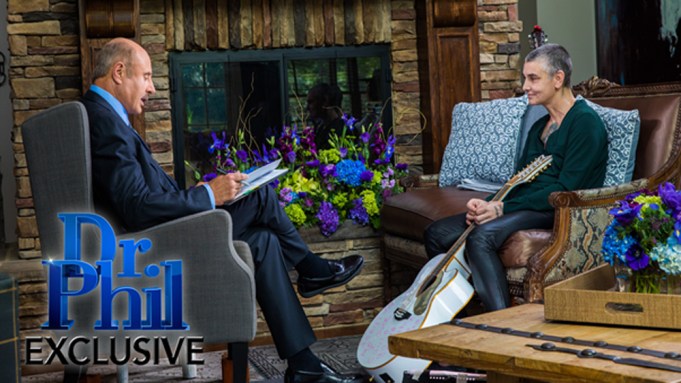 In Dr. Phil’s upcoming exclusive interview with Sinead O’Connor, the Irish songstress will open up about her struggles with mental illness and how it has affected her relationship with her family.

“The fact that there’s such stigma about mental illness means that the illness doesn’t get talked about,” O’Connor said. “It’s not easy for families of mentally ill people,” she continued. “We can be difficult.”

Earlier this month, O’Connor posted a video of herself talking about her battle with mental illness, suicidal thoughts, and feeling abandoned by her family while staying in a New Jersey motel room.

The “Nothing Compares 2 U” singer also explained her reasoning for appearing on the show. “I thought it would be better, maybe, my family might — if they saw how I’m feeling, they would relate to it.”

O’Connor will also address the abuse she allegedly suffered at the hands of her mother. “Every day of our lives, she ran a torture chamber,” she said. “She was a person who would delight and smile in torturing you.”

The full interview will air during the season premiere of “Dr. Phil’s” 16th season on Tuesday, Sept. 12.

O’Connor rose to fame in 1990 when her single “Nothing Compares 2 U” became a worldwide number one hit. Since then, she has faced controversy for some of her actions, like tearing up a picture of Pope John Paul II during a performance for “Saturday Night Live” in 1992 to protest the child sex abuse scandals of the Catholic Church.