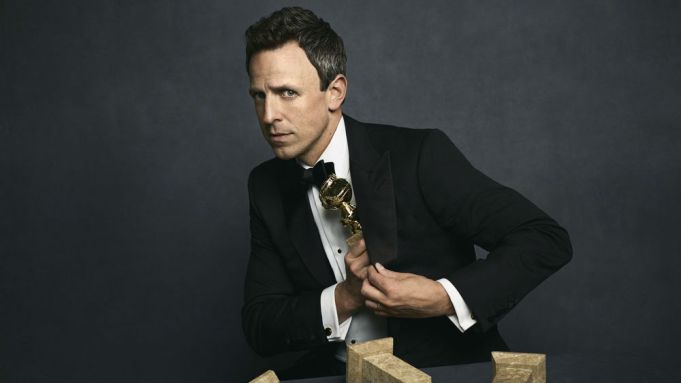 Ever since the New York Times released its bombshell expose of Harvey Weinstein in October, the topic of sexual harassment has been at the forefront of almost any conversation about Hollywood. Current events usually spill over into the realms of late night talk shows and entertainment awards ceremonies, and in a promo for the Golden Globes, host Seth Meyers teased a tough conversation on the night of the awards.

“We’ve got a lot to talk about,” Meyers says in the video.

Another promo teases the “unpredictable” nature of the awards show.

Meyers is not the first host to tackle the Weinstein topic at a large event. James Corden received backlash when he hosted the amfAR Gala in October. “It has been weird this week though, watching Harvey Weinstein in hot water. Ask any of the women who watched him take a bath,” he joked, along with, “Harvey Weinstein wanted to come tonight, but sadly he’ll settle for whatever potted plant is closest.” Many people felt that his attempts at humor were in bad taste, and the host later apologized.