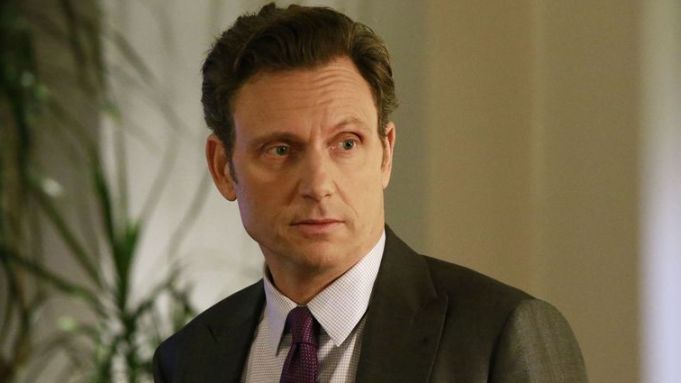 “Scandal” heads down memory lane — but with a twist — for its 100th episode. The milestone, airing Thursday, sets up an alternative reality and parallel universe, posing the question, “What if …?”

The episode imagines what the series would have looked like if Defiance — the Season 2 storyline where Olivia Pope (Kerry Washington) helped Mellie (Bellamy Young) and Cyrus (Jeff Perry) rig the election, which made Fitz (Tony Goldwyn) president — never happened. But tonight, the twisty-turny ABC hit, now in its sixth season and already renewed for a seventh, explores what things would be like if Defiance never happened. In other words, everything about “Scandal” would have been completely different.

Thursday’s episode, titled “The Decision,” takes place after the truth has been revealed about Frankie’s assassination, prompting Olivia to wonder how different her life and the country would be had Fitz’s election never been rigged. And if the promo is any indication, things would have been very different. (In the first promo released by ABC, Olivia is seen in a wedding dress.)

In this new sneak peek clip (watch above), Olivia, Fitz and Jake (Scott Foley) are having a heated discussion about possibly fixing the election so that Mellie would become President of the United States, following president-elect Frankie Vargas being fatally shot and Cyrus being thrown in jail.

“Mellie can’t take the Oval this way,” Fitz screams in anger, “Because you’re talking about fixing an election. We’ve been down that road before. Remember?”

“I remember! And because of Defiance, you became president,” Jake fires back. “You think the world would be that much better off if Samuel Reston had been elected?” Jakes continues talking to Olivia, saying, “Defiance worked. I guarantee that Fitz’s life would be a million times worse if you hadn’t rigged that election. Yours, too.”

With that, Olivia drifts into a parallel world of what could’ve been.

To celebrate the 100th episode of “Scandal,” Variety chatted with the cast and creator, Shonda Rhimes, about favorite memories. Check it out here.