Sarah Jessica Parker Says ‘Sex and the City’ Was About Love, Not Empowerment 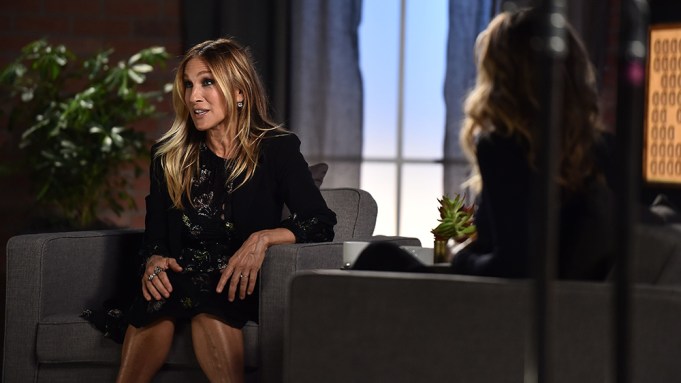 Although people often regard “Sex and the City” as empowering, at its core, Sarah Jessica Parker said the series was about love.

“I don’t think that empowerment was a word that was ever used once on our set, in a writer’s room, among the female actors,” Parker said in a conversation with Michelle Pfeiffer during Variety’s “Actors on Actors” series.

“I remember when it came out it was definitely shocking for people,” Pfeiffer said. “It was controversial.”

As a columnist, Bradshaw spoke candidly while exploring her curiosity about sex and sexual politics.

“Because she was a writer, she could ask lots of provocative questions and observe, and the other characters could, as they were archetypes, sort of make choices. It wasn’t intentionally empowering, I guess is my point,” she shared.

Even with a primarily female writing staff, Parker said she didn’t think showrunner Michael Patrick was trying to send a feminist message.

“I think they liked telling stories about women that were authentic and often funny,” she said.

Rather, Parker said in her understanding, the series was a journey about finding home.

“You know, where is that? What does contentment mean? How do you reconcile the things you want with what you’re given? How do Carrie and her female friendships, how do they find love?” she explained, adding, “It was a time and a place, economically and politically, that allowed for us to tell those stories that way.”

Looking back, she said she’s glad the staff strayed away from writing an empowering show.

“It would have been yucky and self-conscious, and it would have been contrived and stiff, versus Michael Patrick and his extraordinary gifted and skilled writing room, just delight in storytelling,” she said.