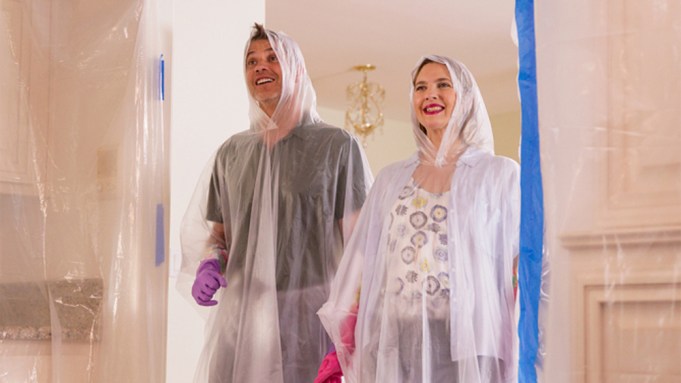 Netflix has renewed dark comedy “Santa Clarita Diet” for a second season. The streaming juggernaut made the announcement, which you can watch above, via YouTube. Season 2 will premiere in 2018.

“Santa Clarita Diet” stars Timothy Olyphant and Drew Barrymore as suburbanite real estate agents Joel and Sheila, who stuck in a bit of a rut until Sheila starts undergoing some changes that leave her craving human flesh. But while Sheila is different from the woman Joel married, the two are committed to making their marriage work, even if that means committing various murders to sate Sheila’s new undead desires. Liv Hewson also stars as Joel and Sheila’s daughter Abby, and Skyler Gisondo is boy-next-door Eric.

As Variety‘s Sonia Saraiya wrote in her review, “What is genuinely great about ‘Santa Clarita Diet’ is just how surprising each plot development is. Because it is unafraid to dabble in gore, murder, or high school drama, the show is capable of moving in a lot of different directions.”

The series hails from “Better Off Ted” creator Victor Fresco. Fresco is showrunner and executive produces alongside Aaron Kaplan for his Kapital Entertainment, Tracy Katsk for her Kapital-based KatCo; Barrymore, Chris Miller, and Ember Truesdell through Barrymore’s Flower Films banner; and Olyphant.