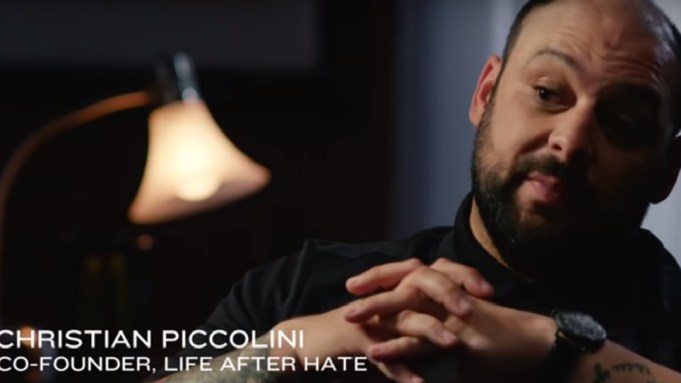 “Full Frontal” host Samantha Bee is stepping up efforts to support a group that aids those seeking to leave racist organizations in the wake of violence at a white supremacist rally in the Virginia city of Charlottesville.

Life After Hate is a non-profit founded by former members of the “radicalized American right-wing movement,” according to their official Facebook page. The group offers counseling and support to any seeking to get away from white supremacist extremism. Group co-founder Christian Piccolini told Bee in a recently released clip (above) that they had received a $400,000 grant from the Obama administration, but that grant was taken away two weeks into Donald Trump’s presidency. They are now crowdsourcing funds to continue their work.

“I had shot a field piece on the Life After Hate grant that was taken away about a month ago,” Bee told Variety. “It’s not scheduled to air in full until September, but it felt very urgent to us to amplify the news that Life After Hate has lost their government funding and are now crowdsourcing funding for the very important work that they do.”

Jo Miller, executive producer and showrunner of “Full Frontal,” said spreading the word about Life After Hate’s message also gives people a way to channel their energy if they are not sure what to do after seeing the violence in Charlottesville.

“This is a concrete thing that people can do,” Miller told Variety. “A small amount of money can make a big impact and essentially saves lives. It seemed like a good time to let people know there is an avenue for their energy, other than punching a pillow and screaming.”

Bee also said that during her field piece she met with a former white supremacist who was aided by Life After Hate, but did not want to divulge his name due to privacy concerns.

“He did a Google search honestly, saw the message of Life After Hate, and they helped him to get out of that life,” she continued. “In a year, he has completely turned his life around in every single way. They helped him get job training. They helped him get counseling. And now, as a former white supremacist himself, he will receive training on how to help other people. It’s a very individual program and it really works.”