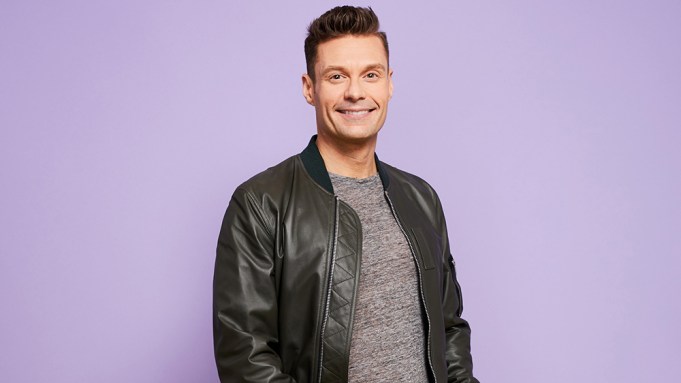 Ryan Seacrest is still negotiating the terms of a contract to host a rebooted “American Idol” on ABC next season, a process that he compared to a puzzle. “Do I think I will?” Seacrest asked. “The puzzle is a matrix. I love the show. I have great affection for the show, and I think the show will be tremendously successful on ABC.”

Seacrest was in the South of France this week at Cannes Lions, the annual advertising conference, with his first full-time job at iHeartMedia, where he hosts “On Air With Ryan Seacrest” and “American Top 40 With Ryan Seacrest.” He recently moved to New York as the co-host of “Live With Kelly and Ryan,” but there’s also been non-stop chatter of him returning to the “Idol” world, after ABC announced a reboot of the juggernaut talent competition series.

If he accepted, he’d fly from New York to L.A. to host the live talent show, and then back again on a redeye. “That is one of the things I’m looking at, just on my globe, just what time the show ends and what time I start the next day in New York,” Seacrest said in an interview at the Variety Studio. “I think it’s doable.”

How will the show be different in 2017? “I think there are tweaks that the show will make and can make to update itself for 2017. But at the core, the format is the format — that’s the strength of the show: the story telling and the talent… So I don’t think you reinvent the wheel.”

“The Voice” recently claimed Kelly Clarkson as a judge on the NBC rival show, even though “Idol” had been wooing her, too. “Was I bummed?” Seacrest said. “I’m happy if she’s doing what she wants to do and she’s happy. That first season was pretty special. I’ve always been a fan of hers.”

Instead, ABC locked in Katy Perry as one of the new “Idol” judges. Seacrest said he has ideas for who should join her in the other two seats. “So many. We’re out of time. We have to go!”

Before he was permanently announced as Kelly Ripa’s co-host last month, Seacrest admitted that he wasn’t sure if he could juggle both his radio and TV duties at first. “I said we could pull it off. I was hoping we could.” But he’s enjoyed doing both jobs, as someone who has always balanced multiple responsibilities. “It’s fantastic because the show with Kelly Ripa is live. I walk right across the hall to a radio studio and do it live back to Los Angeles,” he said.

He’s adapted quickly to life in New York. “I have a backpack now,” Seacrest said. “I’ve learned when you leave New York for work all day, you’ve got to have a backpack. You don’t know where you’re going to end up at 6, 6:30 or 7 o’clock. I walk home. Very different from LA. I didn’t walk the 405.”

At Cannes Lions, Seacrest met with some advertisers for iHeartMedia, which has seen ratings up 10% this year. “An average radio show is four hours,” Seacrest said. “There’s a lot of opportunity for integration, more so than other programming.” Seacrest also hosts numerous tentpole shows for iHeartRadio, including the iHeartRadio Music Awards and Jingle Ball.

“I’ve never seen someone efficiently compact their lives like that,” said John Sykes, the president of entertainment enterprises at iHeartMedia. “They should put it in the museum somewhere one day, the way he fits it all in.”

And he still manages to get some sleep, usually five hours a night. “I actually yawned today,” Seacrest said. “Believe me, I get tired.”