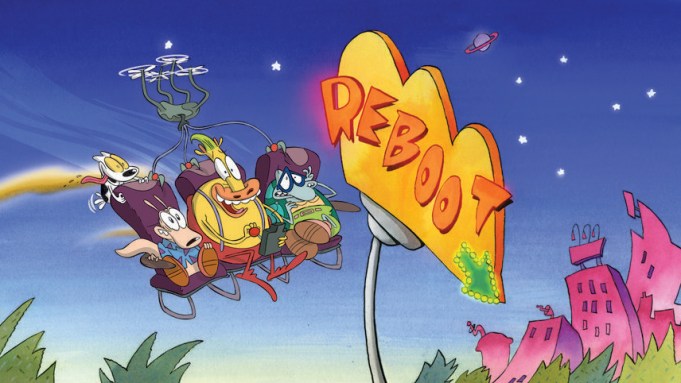 Rocko, I have a feeling we’re not in the ’90s anymore.

“Rocko’s Modern Life: Static Cling” picks up with Rocko, Heffer, and Filburt’s return back to Earth after being blasted into outer space in 1996. The teaser shows Rocko and his crew embracing (or at least trying to embrace) the modern world for the first time — technology and all.

Back in their home of O-Town, the trio is introduced to now long-adapted traditions, including iPhones, social media, food trucks, energy drinks, and 3D printers. While his friends adapt to the new social and technological realities of the modern age, Rocko clings to his nostalgia for the past, believing it can save him from the tortures of present day.

“The 21st century is a very dangerous century,” a frazzled Rocko concludes.

The reboot reunites creator Joe Murray and the entire original voice cast, along with director Cosmo Segurson, for the TV movie special slated to air on Nickelodeon in 2018.

Nickelodeon also shared a first look at its TV movie “Hey Arnold!: From Hillwood to the Jungle!” at Comic-Con on Friday. The clip featured classic characters from the ’90s cartoon, including Arnold, Gerald, Helga, and Phoebe. “Hey Arnold!: The Jungle Movie” continues where the original series ended in 2004, following Arnold and his friends on a quest to achieve his ultimate dream of finding is missing parents.