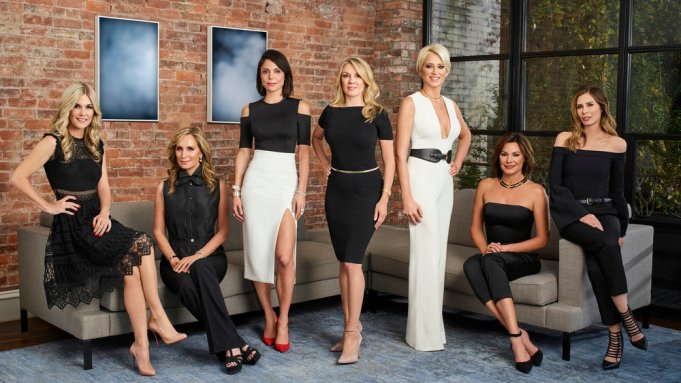 Bravo’s “The Real Housewives of New York City” is set to turn the city upside down in Season 9, premiering Wednesday, April 5.  The new season begins with the ladies — namely Bethenny Frankel, Carole Radziwill, Dorinda Medley, Countess Luann de Lesseps, Ramona Singer, Sonja Morgan, and new housewife Tinsley Mortimer — picking up the pieces from last season’s dramatic conclusion. While some of them close chapters in their lives and embrace change, others hold onto the past, rehashing old wounds that sever friendships. Check out the trailer for Season 9 above.

Competition series “Team Ninja Warrior” has officially been moved to the USA Network’s Tuesday night line-up, where it will premiere its 11-part second season on April 18. The show was previously on Esquire Network, which is currently being shuttered by parent company NBCUniversal and relaunched as a digital-only platform. Hosted by comedian Matt Iseman and former NFL player Akbar Gbajabiamila, “Team Ninja Warrior” pits three-person athletic teams against each other on physically demanding, side-by-side obstacle courses that test both endurance and speed.

“Colony” and “Girl Meets World” actor Cooper Friedman has been cast as a series regular for the ABC comedy pilot “Raised By Wolves.” The series, from “Juno” screenwriter Diablo Cody and Berlanti Productions, tells the story of a single mother raising five opinionated, eccentric kids on a shoestring budget in a small Midwestern town. Friedman’s “Banksy,” six years old, is the only son in the large family and carries the weight of his family’s financial stress and the complexities of the world. Friedman is repped by Coast to Coast and DR Entertainment.

Lexy Kolker in the role of young Fable on The CW’s pilot “Searchers.” Fable and her brother Cooper, ten years after the death of their parents, learn that some of their mother’s tall tales and legends hold some truth and could be the key to discovering some of the great myths and mysteries of the world. Kolker’s 8-year-old Fable, a precocious and enthusiastic explorer, dreams of joining her parents on their adventures and is mesmerized by her mother’s stories. “The 100” exec producer Jason Rothenberg wrote the pilot that Dean White will direct for Berlanti Productions.