Continue to Variety SKIP AD
You will be redirected back to your article in seconds
Apr 11, 2017 12:23pm PT 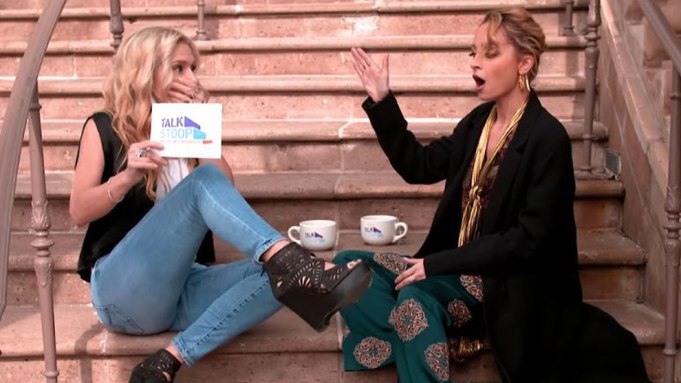 Nicole Richie knows how to roll with the punches … and the slaps.

During an interview for “Talk Stoop,” the reality star turned actress was inadvertently slapped by host Cat Greenleaf.

The duo were talking about the end of the California drought — a milestone worth celebrating — and Richie put up her hand for a high five. Greenleaf went in, but instead connecting with Richie’s hand, Greenleaf struck Richie’s face, causing her sunglasses to fly off.

“Omigod,” a mortified Greenleaf exclaimed. Richie was momentarily surprised but played off the slap.

“I can see that … out of my left eye only,” Richie responded.

“So what’s a little notorious fun fact about you,” Green asked, trying to get the interview back on track.

“I was just abused two seconds ago,” Richie deadpanned.

Richie — the daughter of pop star Lionel Richie — rose to fame as Paris Hilton’s costar on “The Simple Life.” The reality show belied how business savvy Richie actually is; she has a successful clothing line House of Harlow and a web/TV series called “Candidly Nicole.”

She will star in the NBC sitcom “Great News” — her first scripted role — which debuts on April 25.

Watch the awkward interview moment here or above.