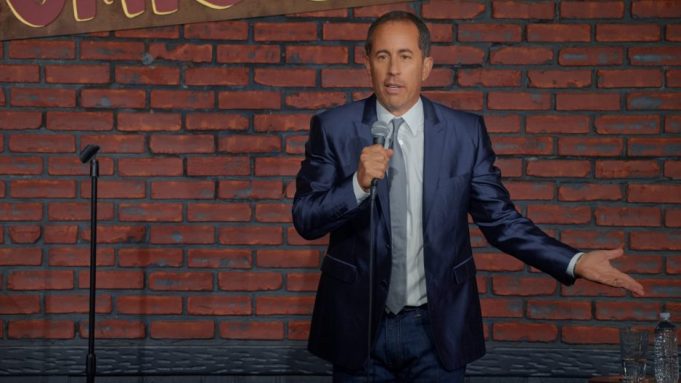 On Tuesday, Netflix released a new trailer for Jerry Seinfeld’s upcoming stand-up comedy special called “Jerry Before Seinfeld.” The special will feature an intimate show by Seinfeld at the club that started his career, The Comic Strip.

Seinfeld secured his place in the pop culture landscape through his self-titled sitcom, which ran for nine seasons on NBC. The one-hour Netflix special will focus on the period of Seinfeld’s life before the show and the comedian will perform the classic jokes that helped him break into the world of comedy.

The special will also include looks at never-before-seen materials from the entertainer’s life including videos from his childhood, legal pads with every joke he has written since 1975, and more. The trailer also shows Seinfeld telling stories about his youth in New York and reminiscing with other comedians about being the stars of the comedy scene back in the 70s.

“Would I have been funnier if I grew up in Peoria in a whorehouse raised by prostitutes? Absolutely. But this is what I had to work with,” Seinfeld jokes in the trailer, comparing his own childhood with that of legendary comedian Richard Pryor.

“Jerry Before Seinfeld” will premiere exclusively on Netflix on Sept. 19.