‘The Crown’ Cast on Season 2: ‘No One Is Prepared For What’s About to Happen’ (WATCH) 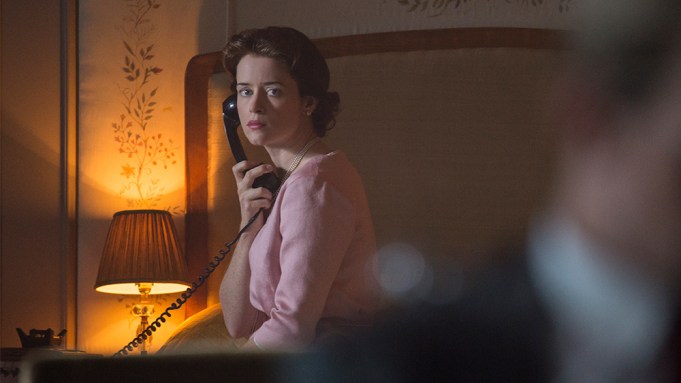 In its first season, Netflix’s “The Crown” explored the challenges faced by Queen Elizabeth II (Claire Foy) in trying to balance the monarchy and her marriage. The second season promises to heighten that struggle, judging by a new featurette released by Netflix ahead of the Dec. 8 season 2 premiere.

“The world is changing: We’re going into the ’60s, and no one is prepared for what’s about to happen,” teases Foy. “The outside world is encroaching, and you can really feel it. It’s not friendly.” Adds Matt Smith, who plays Prince Philip, “The ’60s represent a new period for Britain, not just the royal family.”

Meanwhile, the ever-more unpredictable Princess Margaret (Vanessa Kirby) is trying to challenge the status quo, says Kirby: “She wants to change the monarchy. She believes it should be modernizing all the time.”

And while the Queen is struggling with the changing times, she’s also dealing with troubles in her marriage. “The rumors still haven’t gone away: I think we both agree it can’t go on like this,” Foy’s Elizabeth tells Smith’s Philip.

The second season also dives deeper into Philip’s journey, says series creator Peter Morgan. “We find out things about him that I don’t think that many people knew, but also the character of Philip is center stage in a way that is new,” adds executive producer Phillip Martin.

Based on the award-winning play “The Audience,” “The Crown” tells the inside story of Queen Elizabeth II’s reign, as the fragile social order established after World War II breaks apart.

Season 2 of “The Crown” begins streaming Dec. 8 on Netflix.