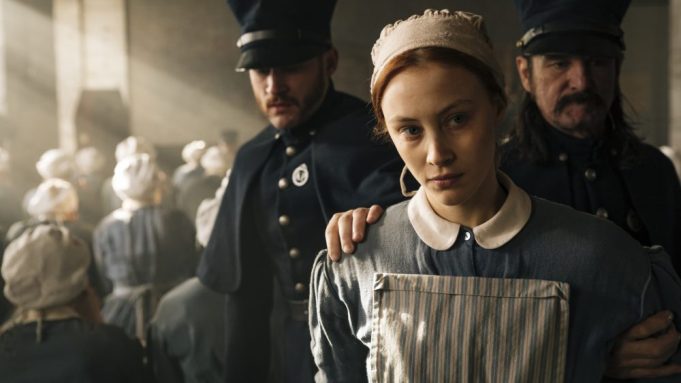 Netflix has released a trailer for its upcoming miniseries “Alias Grace,” the latest television adaptation from Margaret Atwood.

The six-part limited series — based off the novel of the same name by Atwood and inspired by true events — tells the story of Grace Marks (Sarah Gadon), a young, poor Irish immigrant and domestic servant in upper Canada.

The 2-minute-and-30-second trailer introduces Marks, who explains she has been an inmate for 15 years. She, along with stable hand James McDermott (Kerr Logan), has been accused of the infamous 1843 double murder of her employer Thomas Kinnear (Paul Gross), and his housekeeper Nancy Montgomery (Anna Paquin).

“If there has been a crime, people want a guilty person,” she says. “Rightly or wrongly, it does not matter.”

Marks, who was convicted as a young girl, claims she lost part of her memory entirely. From there, the teaser flashes between the past and present to piece together her memories. At one point, two men question whether she is an amnesiac or “simply guilty.”

The miniseries, also starring Zachary Levi and Edward Holcroft, was written and produced by Sarah Polley and directed by Mary Harron.

“Alias Grace” streams on Netflix on Nov. 3. Watch the trailer here or above.