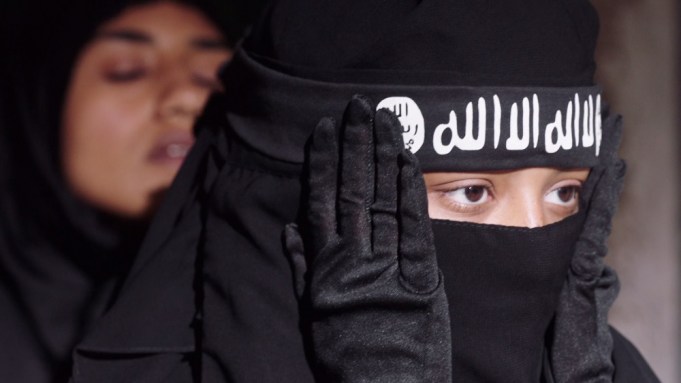 In an exclusive look at National Geographic’s upcoming two-part miniseries drama “The State,” viewers see one family’s path to radicalization at the hands of ISIS.

The fictional story follows Jalal, played by Sam Otto (“Collateral”), as he follows in his brother’s footsteps and travels to Raqqa, Syria, to fight for Islamic State, alongside his best friend, Ziyad, played by Ryan McKen (“NW”). It also follows the journey of Shakira, played by Ony Uhiara (“Law and Order”), a doctor and single mother who wants to help ISIS, and idealistic teenager Ushna, played by Shavani Seth (“Homeland”), who leaves for Syria after being radicalized online. The series, from “Wolf Hall” director Peter Kosminsky, will bow on Channel 4 in the U.K. and go out on National Geographic internationally. It is produced by Archery Pictures.

“ISIS and its adherents have caused pain and suffering the world over,” Kosminsky previously said. “But unless we understand why some of our young men and women chose to give up the lives they were living and travel to Syria, why men and women born and brought up in our liberal democracies opt to lay down those lives in its name, how can we ever hope to combat its nihilistic creed?”