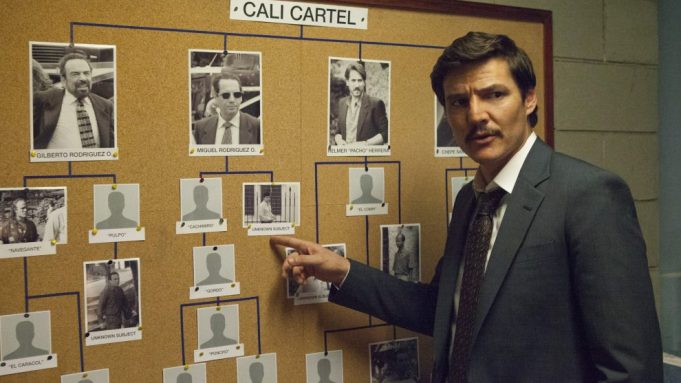 The official trailer for “Narcos” Season 3 sees the rise of a new empire as the Cali Cartel takes center stage.

The new season of the drug cartel drama picks up with the DEA agents on a new hunt — the Cali Cartel — following the fall of Pablo Escobar at the end of Season 2. Known as the richest drug-trafficking organization in the world, this operation is led by four powerful godfathers who have their own way of handling business and staying out of the spotlight.

The four Kings — Damian Alcazar as Gilberto Rodriguez Orejuela, Francisco Denis as Miguel Rodriguez Orejuela, Alberto Ammann as Pacho Herrera, and Pepe Rapazote as Chepe Santacruz Londono — are expanding their empire over New York City and they aren’t stopping there.

The newly-released footage sees Pedro Pascal return as DEA agent Javier Peña, and enlist American and Colombian law enforcement to help with the war on drugs.

“Try to go through the Cali bosses, all you’ll get are more bodies,” Peña is warned. “These guys don’t make mistakes.”