‘Mystery Science Theater 3000: The Return’ Renewed for Season 2 At Netflix 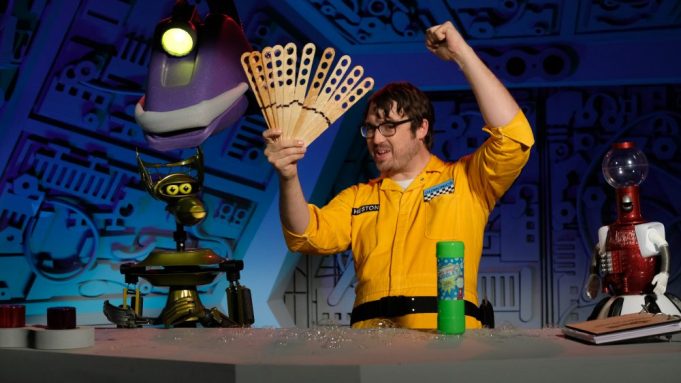 We’ve got movie sign! “Mystery Science Theater 3000: The Return” has officially been renewed for a new season at Netflix, Variety has learned.

The announcement, which can be seen above, came at the conclusion of the annual Thanksgiving marathon of the show that runs on YouTube. While this will be the second season of “Mystery Science Theater 3000” on Netflix, it will be the twelfth season of the show overall. It originally aired on a Minneapolis UHF station starting in 1988 before being picked up by Comedy Central and then the Sci-Fi Channel (now Syfy). The original series ran for 10 seasons and 197 episodes before going off the air in 1999.

Series creator Joel Hodgson and Shout! Factory launched a Kickstarter campaign to bring the show back in November 2015. The campaign raised more than $6.3 million, breaking a Kickstarter record previously held by the “Veronica Mars” movie. The money raised allowed them to produce 14 new episodes for the show’s eleventh season, including a Christmas special.

The series is set on the Satellite of Love where a human host (Jonah Ray) is forced to watch a never-ending stream of bad B movies. In addition to Ray, the series also stars Baron Vaughn as the voice of Tom Servo, Hampton Yount as the voice of Crow, Felicia Day as Kinga Forrester, and Patton Oswalt as Max, a.k.a TV’s Son of TV’s Frank. Hodgson executive produces along with Elliott Kalan, Richard Foos, Bob Emmer, Garson Foos, Jonathan Stern, and Harold Buchholz. The series is produced by Satellite of Love, LLC, Alternaversal Productions, LLC and Undiscovered North American Ape Pictures.