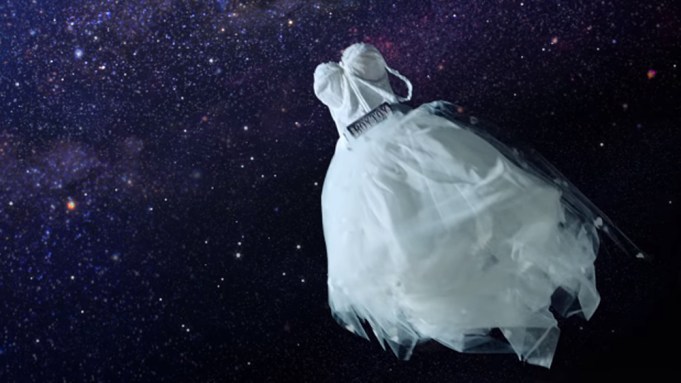 The countdown to the 2017 Video Music Awards has begun with the release of the first teaser video from MTV, which harks back to some of the most iconic moments of the VMAs.

The video, which was created entirely in-house by the MTV marketing and creative group, and directed by Floria Sigismondi, features a modern, sparse version of “Video Killed the Radio Star” — the first song to air a music video on MTV in 1981. Iconography like Britney Spears’ albino python, Madonna’s wedding dress from her 1984 performance of “Like a Virgin,” and Krist Novoselic’s bass guitar float through a moonscape designed to reference the MTV Moonman. Viewers are warned to “brace for impact” as dancers contort themselves and a voice initiates a countdown sequence.

The VMAs has launched many memorable pop culture moments over the years, from Madonna kissing Spears to Lady Gaga’s meat dress to Kanye West’s interruption of Taylor Swift’s acceptance speech.

The VMAs will take place August 27 at 8 p.m. at The Forum in Inglewood. The host has not yet been announced.