Mel B Throws Water at Simon Cowell, Walks Off ‘America’s Got Talent’ Stage After Wedding Joke 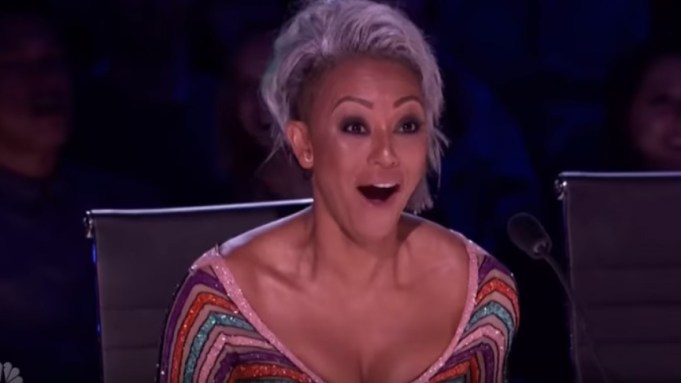 Simon Cowell is up to his old tricks, ruffling feathers with his critical commentary.

However, this time it was not a contestant who got upset over Cowell’s remarks, but one of his fellow judges.

During Tuesday night’s episode of “America’s Got Talent,” a magician’s act failed due to a technical malfunction, prompting Cowell’s comment that referenced judge and former Spice Girl Melanie “Mel B” Brown.

“I kind of imagine this would be like Mel B’s wedding night,” Cowell said. “A lot of anticipation, not much promise or delivery.”

Brown is currently undergoing divorce proceedings with her estranged husband of ten years, Stephen Belafonte, a film producer and director. Brown threw her cup of water at Cowell in response and left the studio in the middle of the episode, which was filming live. She later returned after a commercial break.

“He should know if you say something inappropriate he’s gonna, like, get stuff thrown at him. In a friendly way. I made sure there was no ice in it this time,” said Brown, who has thrown water at Cowell before. “I told him he was an a–hole and that was it, and he goes, ‘Oh, whatever.'”

Brown was previously ordered to pay Belafonte $400,000 per month in spousal support. She is currently filing for joint legal and physical custody of their 5-year-old daughter and for the court to terminate the spousal support order.