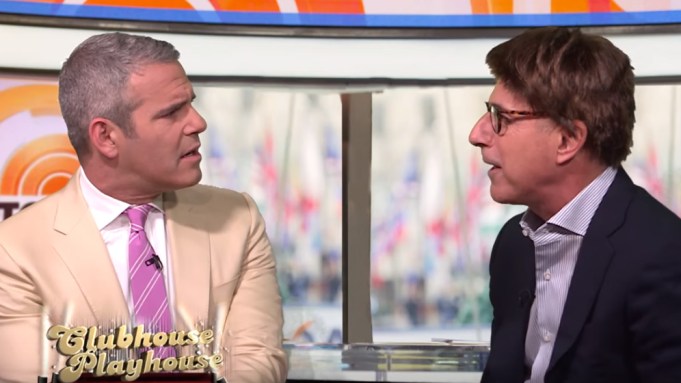 It’s been 12 years since Tom Cruise lectured Matt Lauer about antidepressants and psychiatry during a now-infamous interview. To commemorate that notorious interaction, Andy Cohen, host of “What Happens Live With Andy Cohen,” recreated the cringe-worthy scene with Lauer as the lead of Cruise.

Before recreating the scene for Clubhouse Playhouse, Lauer emphasized, “I like Tom Cruise. We have a good relationship. We have a good friendship. It was just one little moment, okay?”

Lauer wore a Tom Cruise wig and Cohen acted as the “Today” host as they took turns reading lines from the interview in front of a green screen: “Matt, Matt, Matt…you’re blig. That’s the opposite of glib,” Lauer faintly whispered.

“And scene!” Cohen shouted as he ran off the green screen. Savannah Guthrie, also guest starring on the show, applauded Cohen and Lauer for their performance.

Lauer mentioned again that Cruise was a close pal. “We are friends. I think he got such a bum rap for that, and to be honest, he was a real mensch after that. He came and he apologized. We had a great time.”

Cohen concluded the segment as he commented on Lauer’s look. “He looked like a real go-getter with that head of hair.”

The clip can be watched here or above.