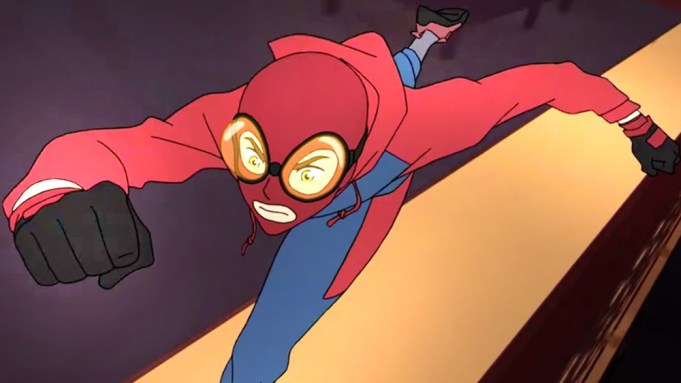 Marvel announced the cast and premiere date for its new animated series “Marvel’s Spider-Man” during the the comic giant’s panel at D23 Expo in Anaheim, Calif., on Friday.

The show, premiering Aug. 19 on Disney XD, takes a fresh look at Peter Parker as the superhero gets accepted into Horizon High, a high school for brilliant young scientific minds. He struggles to balance his social life while hiding his secret identity from his classmates while using his alter ego to take on supervillains.

A scene that screened during the D23 panel on Friday showed Spidey fighting with his Venom suit. “This is like some invasion of the body-grabbers. Get off me, you gooey goblin,” he yells.

The panel also teased that the animated Spider-Man and Guardians shows are connected in some way, but will not be intertwined in the near future.

Marvel also announced its partnership with the Lego Group on the new animated special “Lego Marvel Super Heroes — Guardians of the Galaxy: The Thanos Threat.” The platform and release date have not been revealed.