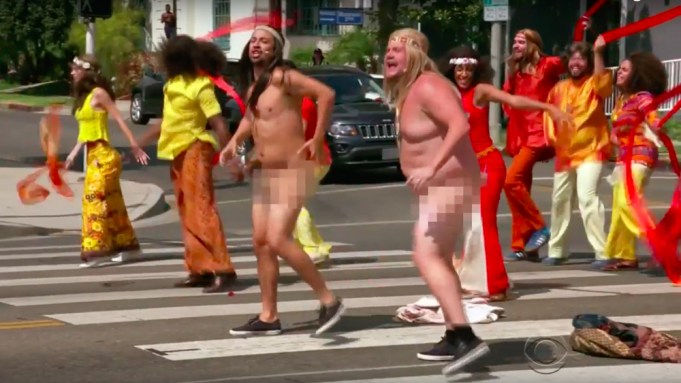 “Hamilton” mastermind Lin-Manuel Miranda and James Corden let it all hang out in a new installment of the “Late Late Show” segment “Crosswalk: The Musical.”

Corden and crew were joined by Miranda to perform a rendition of the classic 60’s counter-culture musical “Hair,” complete with Corden and Miranda stripping down to their birthday suits in front of an audience of people stuck at a red light.

The ensemble performed renditions of hits from the show, including “Age of Aquarius” and”Let the Sunshine In.” After they took their bows, Miranda said, “After performing out there in front of all those cars, I don’t know how you go back to Broadway. Everything else is boring!”