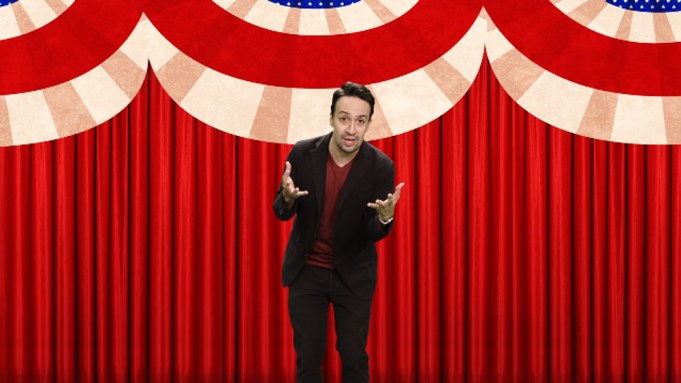 Lin-Manuel Miranda’s “Hamilton: An American Musical” is one of the hottest titles to have hit Broadway in recent history. On Tuesday, the writer and star of the award-winning musical appeared on an episode of Ellen DeGeneres’ YouTube series “Ellen’s Show Me More Show,” alongside 7-year-old presidential expert Macey Hensley, to give a three-minute summary of the life of Alexander Hamilton.

Miranda told a condensed version of the story of the nation’s first treasury secretary, while both he and Hensley sang snippets from the musical. Hensley also chimed in with facts about some of the presidents at the time — for example, George Washington only had one real tooth left when he died.

“Ellen’s Show Me More Show” is a YouTube original series featured on “The Ellen Show” channel and functions as an extension of DeGeneres’ daytime talk show. Episodes are released every Tuesday and Thursday, and include bonus, backstage, and behind-the-scenes material.

Since its premiere in 2015, “Hamilton” has dominated the Broadway box office with sold-out performances. In 2016, it won 11 Tony awards — one shy from tying the record set by “The Producers” in 2001 — including best musical, best leading actor for Leslie Odom Jr., best score, and best book of a musical. “Hamilton” also won the Pulitzer Prize for drama in 2016.