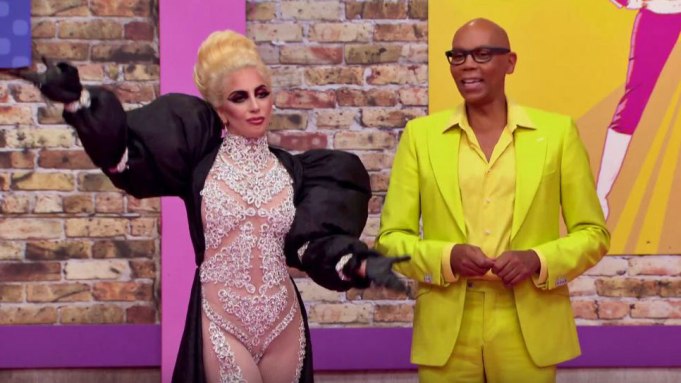 After having her songs performed for years on “RuPaul’s Drag Race,” Lady Gaga finally makes her debut on the show’s Season 9 premiere.

But instead of a separate entrance, Gaga pretends to be one of the queens competing in the drag competition. She glides into the workroom with her face partially obscured by a headpiece.

Another contestant, Alexis Michelle, says, “So this is the Derrick Barry of this season,” referring to the Britney Spears lookalike that competed on Season 8.

Gaga even recorded a segment as her male alter-ego “Ronnie,” before revealing her “true” self. “Ronnie” happens to be the name of one of her guard dogs.

“RuPaul’s Drag Race” moves from Logo to its sister network VH1 tonight, and will debut at 8pm. The show will also continue to air on the LGBT-centric network.

Check out another clip after Gaga’s reveal below.