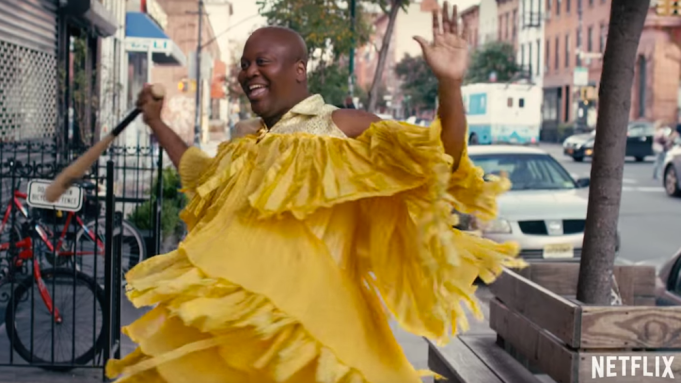 Netflix’s “Unbreakable Kimmy Schmidt” has an official release date: May 19. To go along with the premiere date, Netflix has also released a teaser that sees Titus Andromedon (Tituss Burgess) paying homage to Queen Bey’s album “Lemonade,” which you can watch above or on YouTube.

Specifically, the teaser is mostly a recreation of Beyoncé’s “Hold Up,” part of the “Denial” portion of the “Lemonade” visual album. If you haven’t seen the original video (which includes some NSFW language, for those without headphones), this is the song wherein Beyoncé posits that her partner is cheating on her, reacting the way most people wish they could: By looking flawless while smashing the world to bits with a baseball bat. Titus, in his version, doesn’t let his lack of long flowing locks stop him from acting every inch the Queen Bey as he takes his baseball bat to his boyfriend Mikey’s truck.

Given that “Lemonade” quickly proceeded to Bey and Jay’s reconciliation, one hopes that Titus and Mikey overcome whatever obstacle may have inspired this particular bout of vandalism.