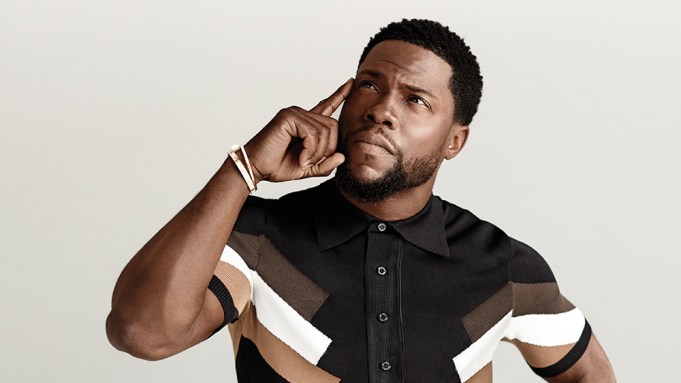 Kevin Hart offered up his two cents on recent controversies involving comedians Bill Maher using the N-word on the air and Kathy Griffin posing in a photo with a severed head of President Donald Trump.

“With anything comes change, and I think the times are different now,” he said during his appearance on “The View” Wednesday. “As a comedian, you have to understand and respect that.”

The era of social media has given negativity the power to spread at an accelerated rate he said, adding, “viral equals virus.”

In any case, Hart said fellow comedians need to be aware of their platform and use proper judgment.

“You’re just looking at comics being comics. We always take risks, but sometimes it can be distasteful,” he said.

While some critics have suggested Maher should lose his job over the controversy, Hart declined to comment on employment statuses.

“I’m not in a place to do that. I won’t throw any negativity that way,” he said. “But I will say that certain things can just not be tasteful.”

The comedian did, however, offer up advice on how Kathy Griffin should handle her situation.

“I get that it was a joke. It wasn’t received well, you apologize, you step away from it,” Hart said.

He added of Maher’s scandal, “I don’t think Bill Maher is a racist, but you know the consequences of using the word, and you know how many people view into your show. It was stupid.”

While Hart touched on the impact of freedom of speech, he also addressed the country’s differing opinions.

“Everything isn’t going to go over well,” he said.

Watch the full clip here or above.