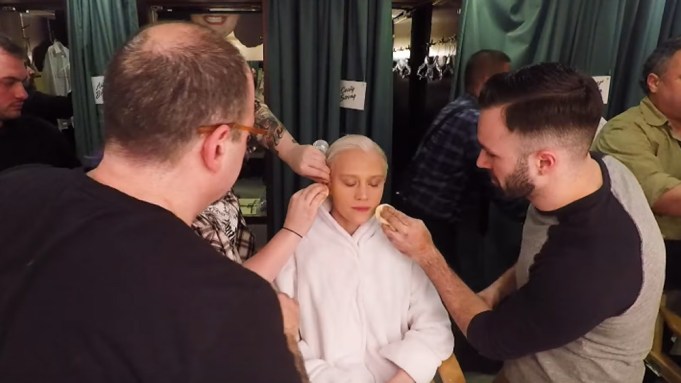 “Saturday Night Live” has pulled back the curtain on how the NBC series transitions actors from one character to another in between commercial breaks.

The sketch series released a video showcasing the makeup team’s race to to turn Emmy-winning star Kate McKinnon from Jeff Sessions to Shud the Mermaid during the March 11 show. The makeup team, including department head Louie Zakarian, has about four minutes to turn McKinnon from the U.S. attorney general to the grotesque aquatic creature.