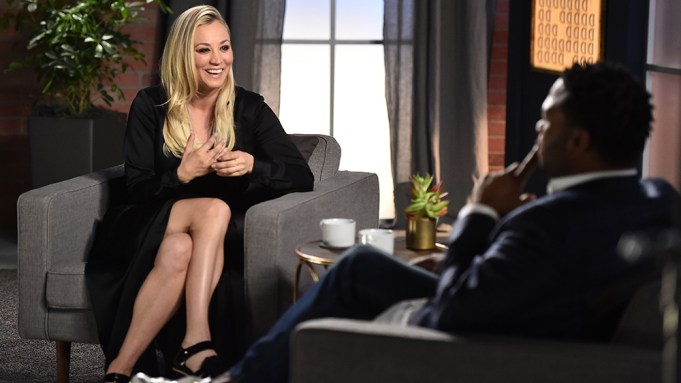 Kaley Cuoco recognizes that it’s no easy feat to get a television show pilot on air. And it’s probably no surprise that getting a show picked up for an additional 10 seasons isn’t any easier.

In a conversation with Anthony Anderson as part of Variety’s “Actors on Actors” series, Cuoco discussed Penny, the character she’s been playing on “The Big Bang Theory” for the past 10 years.

“We know better than anyone,” she said to Anderson. “It’s hard to do a pilot, let alone get picked up for a season, let alone keep going.”

She gave a nod to the consistently funny writing by show creator Chuck Lorre.

Another thing that helps? The friendly chemistry between the cast is real. Added Cuoco, “We really like each other.”

The dynamic between these otherwise geeky and socially awkward geniuses leaves the audience rooting for the characters, she added.

Even with the show’s acclaim, Cuoco recognized the rarity of such prolonged success.

“Every single day, we’re shocked when we look at ratings,” Cuoco said. “We’re shocked that the people still want to see us. We love being there and you know, I don’t ever want it to end, but you know how it is.”

The interview will air in its entirety on Variety’s “Actors on Actors” Season 6, presented by Shutterstock, which premieres Tuesday on PBS SoCal.