Jay Leno Returns to ‘Tonight Show,’ Takes on Trump and Clintons in Monologue 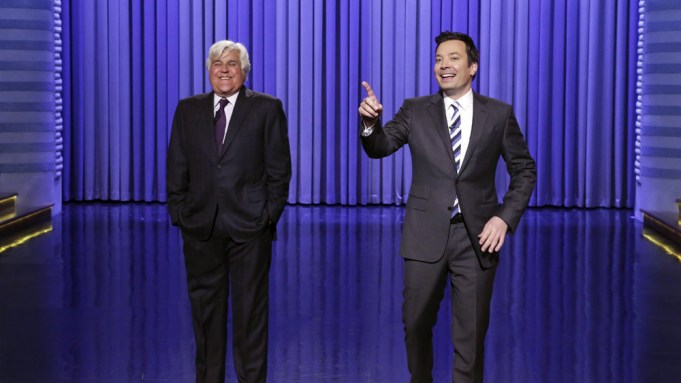 Jay Leno is back … again.

“Trump said he won’t throw out the first pitch [at the Opening Day of baseball]. He’s skipping the correspondents’ dinner. Is he that thin-skinned?” Leno asked aloud. “You know, if this guy was any more of a p—y, he could grab himself.”

The comedian also reprised his signature “economy is so bad” one-liners.

Leno’s jabs didn’t discriminate though, as he also took aim at the other side of the aisle.

“After Anthony Weiner’s last scandal, he actually called Bill Clinton to apologize,” he said. “See, that’s when you know your life has gone off the rails: when your sexual behavior offends Bill Clinton.”

“Speaking of the Clintons, last Saturday, Bill asked Hillary to renew their wedding vows,” he continued. “Yeah. Well, it’s something he does every April Fools’ Day.”