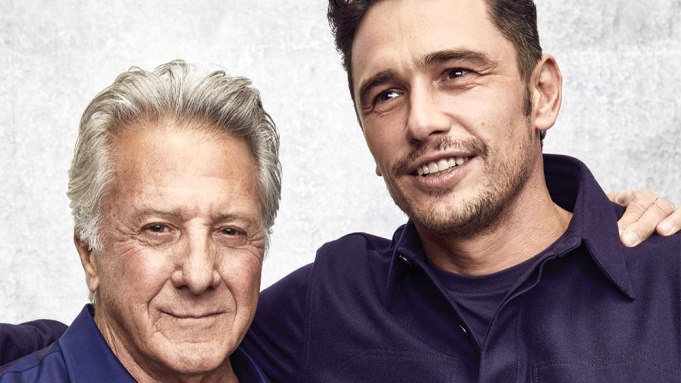 Dustin Hoffman and James Franco, like most actors, didn’t become leading men overnight. While talking on the set of Variety‘s “Actors on Actors,” Franco and Hoffman shared their experiences of dealing with uncertainty as a working actor.

Franco, who plays cult film icon Tommy Wiseau in “The Disaster Artist,” said that what he found most inspiring and relatable about Wiseau’s story was his passion and drive to become a filmmaker.

“Even though the movie he makes is so ridiculous…he underneath is the same as you and me,” he said to Hoffman. “You know, the young Dustin in New York struggling for what, 10 years? You did ‘The Graduate’ when you were 30? That’s a long time to struggle to get your break.”

While Hoffman described his experience of waiting tables as typical, Franco said that despite landing a role on “Freaks and Geeks” when he was 20, he was unable to land a job as a waiter. Franco said that after dropping out of UCLA, he worked at McDonald’s for a few months where he practiced his accents on customers.