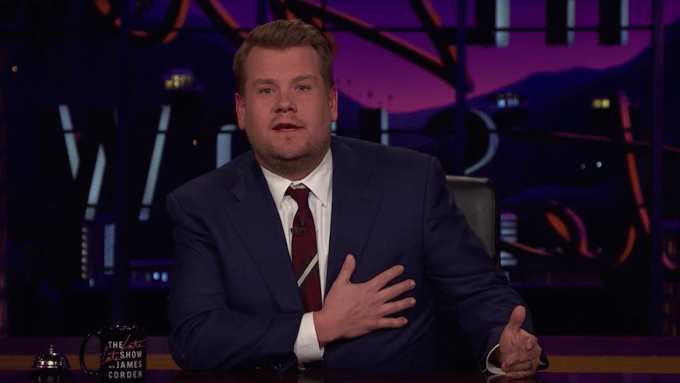 James Corden was born in London, raised just outside, and called the place home for most of his life before coming to America to host CBS’ “Late Late Show.” So when a terrorist attacked London on Wednesday afternoon, killing three people and injuring dozens of others, Corden began his show with a message to the people of his hometown.

It was a brief address, but heartfelt. “I know a lot of people in Britain watch this show; people from Britain work on this show,” he said. “Watching the news today, I felt a really, really long way from home. When something like that happens in your hometown, you don’t have a feeling of being glad that you’re so far away. What you feel is that you wish you could be there with loved ones to stand alongside them. London is a diverse and proud and brilliant city. And one thing is for sure, if this act of terrorism was supposed to divide the people of London, I know for a fact that all something like this does is bring them closer together as one. Tonight, we send our heartfelt thoughts to everybody in Britain. Stay safe, everybody, please.”

You can watch the clip above or on YouTube.