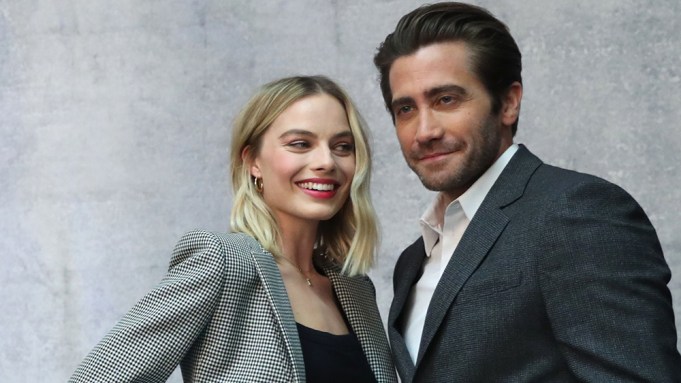 Jake Gyllenhaal and Margot Robbie both play still-living people in their movies this year, and during Variety‘s “Actors on Actors,” the two opened up about the pressures that come with such roles.

In the film “Stronger,” Gyllenhaal portrays Jeff Bauman, a man who lost both his legs during the Boston Marathon bombing in 2013. Gyllenhaal said that part of his struggle while portraying Bauman was finding the balance between respecting Bauman and his situation and telling the story.

“It was a huge responsibility. I felt a pressure beyond a pressure that I’ve ever felt before in terms of playing a character,” Gyllenhaal said. “I didn’t want to pressure [Bauman] too much, but there was this massive responsibility to get it right… What I always find interesting is that you always want to empathize with whoever you’re playing. That’s the seeming job of what we do, is to say ‘how do you love this person?'”

While Gyllenhaal took the time to learn about Bauman on a personal level, Robbie preferred to keep distance between herself and former Olympic figure skater Tonya Harding, who she plays in the film “I, Tonya.” Robbie said she did her research by watching video footage of Harding.

“I knew that if I met her and liked her I would never play this character properly,” Robbie said. “I would be sugar-coating her flaws. I would be trying to justify the bad things she might say or do in a situation. I didn’t want to do that because I’m a people-pleaser and I know it. To meet her, I didn’t want it to feel like research and change any of the decisions I had already made. I met her pretty much just so I could say, ‘Hi I’m playing a character and I want you to know there’s a difference in my mind between the character I’m playing and you.'”