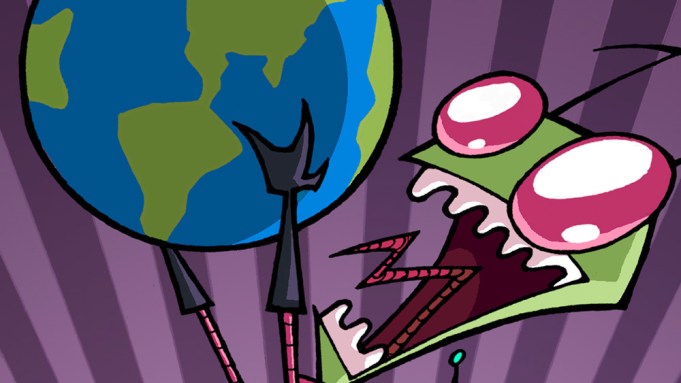 “Invader Zim” is back and looking to conquer Earth again, this time in an all-new original TV movie on Nickelodeon.

The pint-sized extraterrestrial from the planet Irk starred in his own Nickelodeon series that ran for one season on Nick in 2001. It was created by Jhonen Vasquez, who returns to shepherd the new incarnation.

Like the original series, the “Invader Zim” movie will follow the delusional alien as he hatches a new plan to destroy Earth in order to win favor from his home planet’s leaders, the Almighty Tallest.

The new movie, which is currently in pre-production, will also feature members of the original cast, including Richard Horvitz as Zim, Rosearik Rikki Simons as Zim’s malfunctioning robot GIR, Andy Berman as Dib, a boy who’s determined to foil Zim’s plans, and Melissa Fahn as Dib’s younger sister Gaz.

“As a network that prides itself on a 25-year history of creating groundbreaking, hilarious animation for kids, Invader Zim is one of our great loves. It’s been so exciting to see its popularity grow over the last decade through social media, consumer products, and the Zim comic books,” said Nick’s senior VP, Content Development and Production, Animation, Chris Viscardi.

Viscardi says “Invader Zim” has been reimagined by Vasquez for the new project. “What makes this announcement extra thrilling is the adventure that Jhonen has created for Zim, and I can promise you that it is as wonderfully absurd and strangely heartfelt as any fan of the original series could hope for, and kids seeing it for the first time will love it too.”

No air date is set yet for the 90-minute, 2D-animated “Invader Zim” movie, which is being produced at Nick’s Burbank HQ.